Our country is undergoing a painful reassessment of attitudes regarding its Civil War, which concluded slightly over 150 years ago.  Focus is particularly on the continued display of the Confederate battle flag and on the honoring of Confederate heroes through monuments and by naming schools and other institutions after them.

Pertinent issues, on which there is much disagreement, include the attitudes and purposes for which the war was undertaken. I believe it is appropriate and helpful to examine whatever reliable evidence we have concerning these matters.

One piece of such evidence is the following letter, written by one educated Southerner to another just before the War began. The letter was published in 2013 in the book Gale Hill: The Story of an Old Virginia Home, by Jasper Burns.

This letter was written by William W. Minor of Gale Hill, Albemarle County, Va., to Prof. John Barbee Minor of the University of Virginia, on February 16, 1861 – just two months before Virginia seceded from the Union and the Confederate attack on Fort Sumter took place:

…I shd. like especially to have seen & talked with you in these “piping times of” war, (for it is so near war that, I am almost afraid it will be the next thing we hear of) for I confess that I feel if possible more drawn toward my friends in the prospect of war (& especially of Civil war) than in ordinary times, when we can afford to differ & quarrel about politics as much as we please, & there are no bones broken & no blood is shed however high the words may rage, – but in times like these, when the “irrepressible conflict” of black Republicanism is at our very doors, it does appear to me that all the calls of patriotism & friendship & kindred too, should unite us John, & all true Virginians against the aggressive policy of our Northern enemies, who have defrauded us of our property, our equal rights under the Constitution, & who are preparing (so far as we can see) to coerce us to submit to them as our superiors, unless we speedily humble ourselves to their unjust & unrighteous demands. I do trust & hope John that you & I & all my other friends will be united in our opposition to the policy Demands of these truce-breakers (our Northern enemies) who even deny in the last remedy of the oppressed & downtrodden, – the right of self-defense: altho at present not able to take the field for the rights of my country, I do hope that my back will soon be well enough to enable me to shoulder my musket & join you, if need be, in the shock of battle, against the invaders of the rights of Virginia & the South… 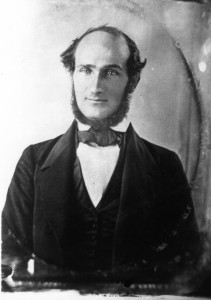